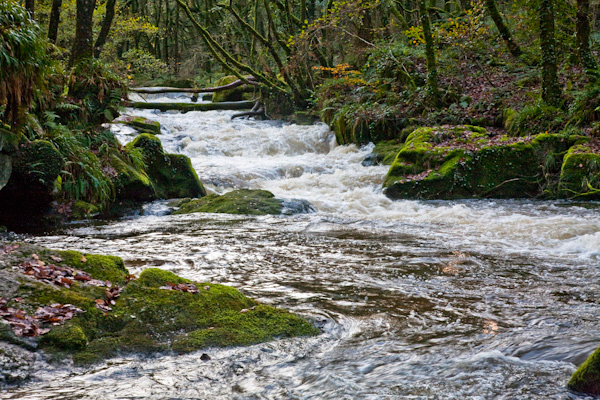 The River Fowey at Golitha Falls
Previous
Next

The River Fowey at Golitha Falls

The River Fowey cascading down Golitha Falls after a period of heavy rain
08/11/2009
After a peaceful and gradual descent from Bodmin Moor, at Draynes the River Fowey cascades over a series of rapids and falls that can be spectacular after heavy rain. Along the river bank there are plenty of opportunities for good shots, although the light is often poor because of the depth of the valley and the surrounding trees.

I wanted a relatively quick exposure in order to capture the sense of power and vitality that a cascading river conveys. And in Lightroom I tweaked the saturation slightly to heighten the raw drama of the scene.