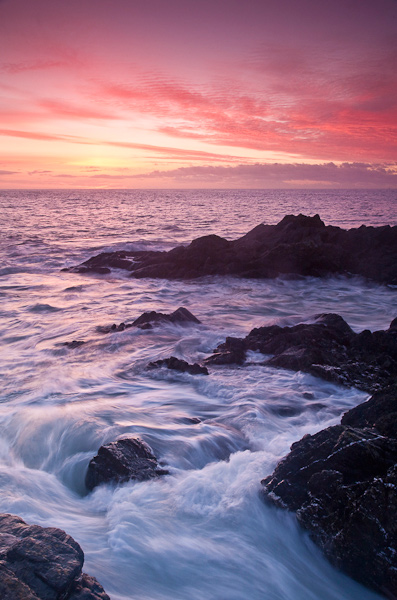 Rocks and swell at dawn
Previous
Next

Rocks and swell at dawn

Waves swirl between the rocks shortly before sunrise
21/01/2009
I took this shot a few days ago facing southeast from a slightly precarious position near Lake Rock beach, on the western side of Talland Bay. I wanted to capture the patterns that sea water makes as it swirls over and between the rocks.

Shots like this result from a good deal of trial and error to catch that critical moment as the waves wash in and out, with some but not too many rocks exposed, the right amount of blur to convey a sense of movement and power and, of course, while the beautiful dawn light is at its best.

A few minutes later the sun appeared, but of the series of shots this is the one that best conveys what I wanted.