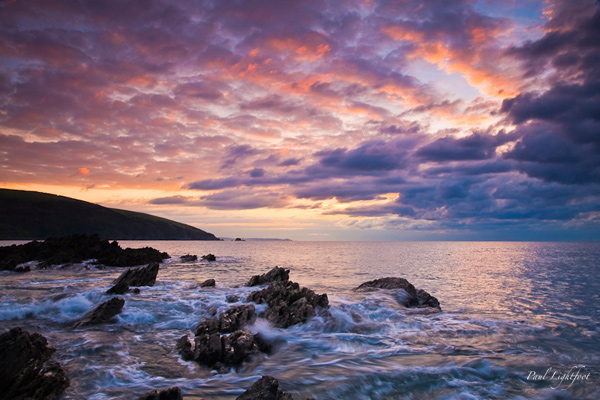 Sea reflections before sunrise
Previous
Next

Looking towards the sunrise with rocks, waves and reflections in the foreground
30/01/2009
I took this shot about a year ago, it is part of a series that I rediscovered while browsing through some old slides in the last few days. It is a view from one of my favourite parts of the local coastline, near Lake Rock beach on the western side of Talland Bay.

I got lucky with a pretty cloudscape, nicely lit up shortly before the sun appeared.

This is another example where I tried to catch a moment when small waves were breaking through and over the rocks, which lightens and adds texture to the lower third of the picture.