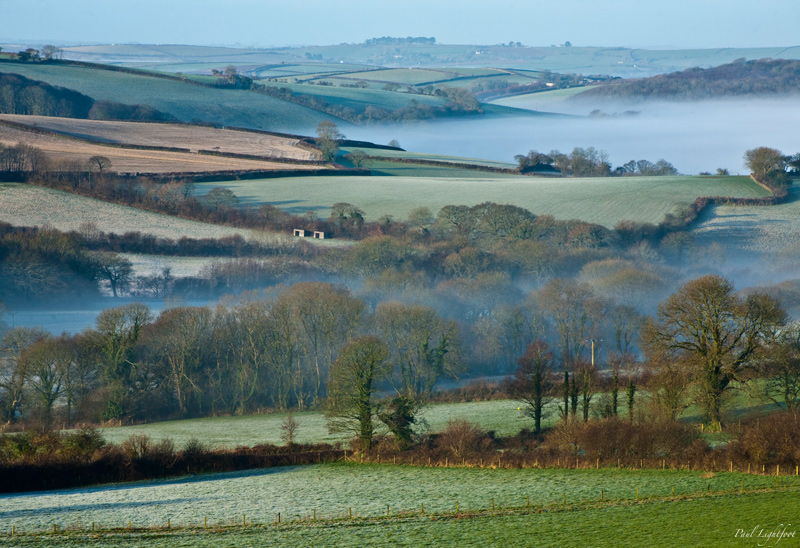 Mist fills the valleys near Lanreath on a cold March morning
07/03/2009
A few days ago I left early intending to take some shots of a village further along the coast. But around Lanreath, a few miles north and west of Polperro, the mist was creating such pretty patterns in the valleys that I changed plans.

This is one of the images that I think captures the cold, fresh feeling of the morning. The sun was still low and cast long shadows, and there was a light touch of frost in the fields. Just 20 or 30 minutes later the frost and mist were gone, another reminder of the tiny fragments of time that photographs record.

I used a fairly long lens to isolate the interesting parts of the scene, and exposing at f10 kept everything nice and sharp.